Not to be confused with the item Yoshi Cookie.

Yoshi's Cookie is a puzzle game. It was originally made for the Super Nintendo Entertainment System and has now been made for the Game Boy and Wii Virtual Console. It can be considered the Mario version of Tetris and is similar to Dr. Mario. 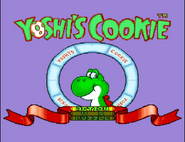 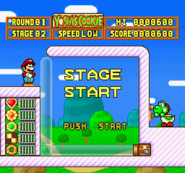 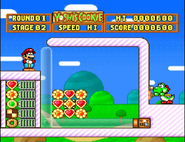 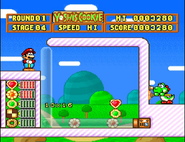