A Kingdom connected to the Sand Kingdom.

Steam Gardeners
Captain Toad
Roving Racers (after completing the game)
The Wooded Kingdom (森の国 , lit. Forest Country?)is a location that appears in Super Mario Odyssey. It is a vast realm in the form of an dome forest. Its most notable city is Steam Gardens, which serves as the kingdom's main playable area in the game.

The kingdom is notable for being primarily inhabited by Steam Gardeners. The primary currency of the Wooded Kingdom is purple Bolt Nuts; however, they also accept regular gold coins.

No one knows who built the giant machines dotting this land, but today the Steam Gardeners use them to maintain the greatest flower gardens in the world. The giant dome is climate-controlled and apparently self-sufficient, operating with no maintenance since ancient times.

Visitors are welcomed not only by the humid air, but worker robots tending the flowers. They're known as Steam Gardeners, longtime residents of the kingdom. You'll be impressed at how long they can work without rest, maintaining themselves perfectly. But beyond being hard workers, the robots love flowers—some grow them right out of their heads! You'll feel the Steam Gardeners' warm hearts, from their flowers and also their internal steam pumps.

Flowers as a Way of Life

While you'll see amazing flowers on any visit, you might be lucky enough to see the famous Steam Gardens Soirée Bouquet. It features giant white flowers that charm all who lay eyes on it. As you might guess from the name, it's by far the most popular bouquet for wedding ceremonies, sought after by wedding planners the world over.

It doesn't appear on any tours, but there is an area untouched by the machines of the Steam Gardens. Here the trees grow quickly, barely allowing any light through. The Steam Gardeners do not speak of it, but rumor has it they discourage visiting this place because of the danger posed by the giant creatures that call it home.

Be sure to try the system of paths called the Flower Road. You'll marvel at plants growing into temporary but walkable bridges. Watch your step, though—nature has no handrails.

Birds NOT of a Feather

The other painting is located inside the Iron Cage, which can only be accessed from a painting at the Metro Kingdom, Snow Kingdom or Seaside Kingdom. 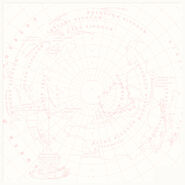 Mario dancing with one of the Steam Gardener