The following is a gallery collection of images of the game Wario's Woods. 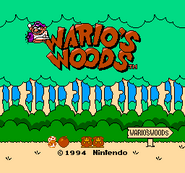 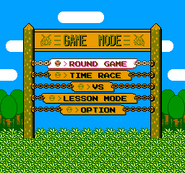 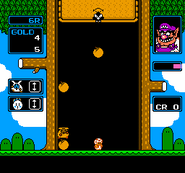 In "Round Game", Wario will occasionally pop up to increase the game's speed and lower the ceiling. 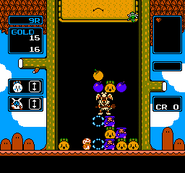 Going against a boss in "Round Game". 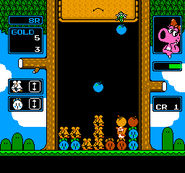 One of the easier levels. 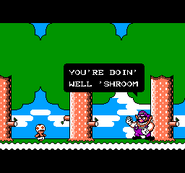 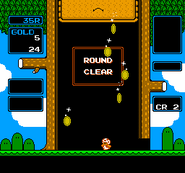 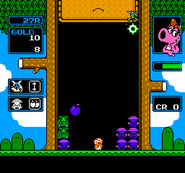 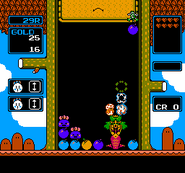 Place the monsters and bombs correctly to damage a boss. 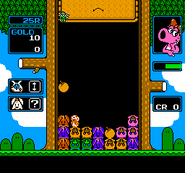 The monsters marked with a "?" can only be destroyed after they have revealed their true color. 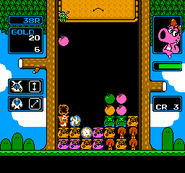 As shown on the left side of the screen, some monsters can only be destroyed in a diagonal line. 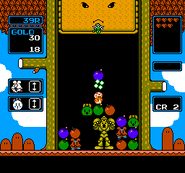 You can walk over bosses, but don't let them materialize inside Toad!.
Add a photo to this gallery 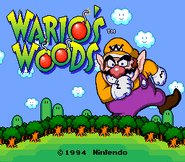 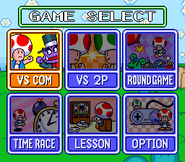 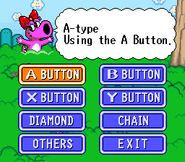 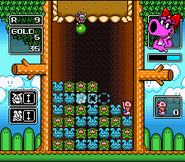 Destroying a line of blue monsters. 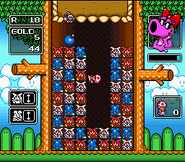 Toad running up a stack of monsters. 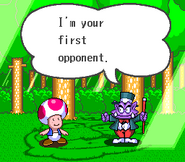 The first opponent on the easy difficulty level. 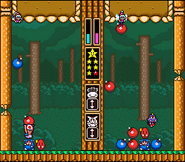 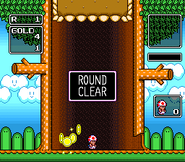 The faster you finish a stage in the "Round Game" mode, the more gold you will get. 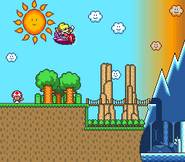 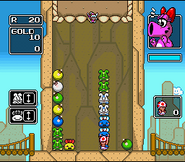 Toad seems to be pretty strong! 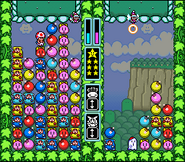 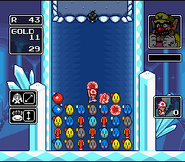 Some monsters can only be destroyed in a diagonal line. 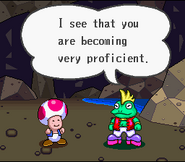 One of many wisecracking enemies. 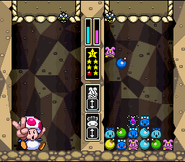 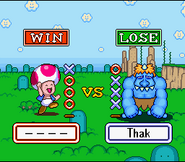 Toad has defeated one of the tougher enemies on hard difficulty setting.

A draw? That's very rare to happen!
Add a photo to this gallery
Retrieved from "https://mario.fandom.com/wiki/Wario%27s_Woods/Gallery?oldid=209883"
Community content is available under CC-BY-SA unless otherwise noted.