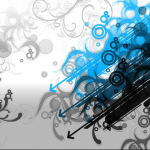 Greetings, fellow plumbers! My name is Robert (also go by Rob), and I am a content mod here. Mario is one of my favorite franchises of all time. I own ten Mario games, the first one I played being Super Mario World for SNES.

Games I own are:

Retrieved from "https://mario.fandom.com/wiki/User:RB1196?oldid=263676"
Community content is available under CC-BY-SA unless otherwise noted.