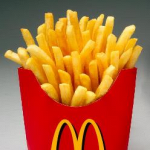 Hey guys, um... uh, what sould I say? Just kidding. I am a 14 year old boy and most people say I am on another planet when they talk to me, and that is entirely true I live in the Mushroom Kingdom and I know Mario and Peach personally. Every day I go for a walk I'm attacked by goombas, and Koopas, and boos (oh my.) That's in my roleplay life though the following is real.

I'm 14 years old and I play Mario games so much that one day I went to the Fort Fisher museum and the cannons shot bullet bills, the cannonballs were chain chomps, and the beach had at least ten torpedo teds.

Mario Merchandise I owned/own/want to own

Super Mario Galaxy 2 for he Wii (My fourth Mario game)

Super Paper Mario for the Wii (My fifth Mario game)

Mario and Luigi: Bowser's Inside Story for the DSi (My sixth Mario game)

Mario and Luigi: Partners in Time for the DSi (My seventh Mario game)

Retrieved from "https://mario.fandom.com/wiki/User:Mcnugget_Man?oldid=80582"
Community content is available under CC-BY-SA unless otherwise noted.