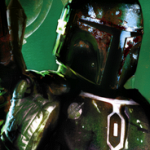 Hi-Oh! This is a super awesome user page of awesome! I'm McGillivray227, better known 'round these here parts as Sally.

So, I've basically been playing the Mario series since I was young, like, three maybe. I can't remember. I'm a software junkie also, or so I've been told. Basically, if you were to give me any piece of software, I could probably figure out in a matter of ten to thirty minutes. If anybody has any software problems, that, preferably, helps Mario Wiki in some way, then I'll do me best to help out.

Mario Games I Own

This is by chronological order the Mario games came out, not the order in which I played them. That requires too much thinking on my part. I am also not including games I have on emulators, as that just ain't fair nowadays.

The ones with stars next to 'em are the ones I've finished.

This is in alphabetical order, not the order in which games were started. Additional details for each game (progress, etc.) is located under the game title and console

Retrieved from "https://mario.fandom.com/wiki/User:McGillivray227?oldid=39910"
Community content is available under CC-BY-SA unless otherwise noted.