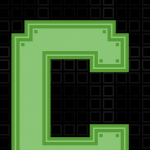 I really like Mario Kart 7. I've played Mario Kart DS before, and for a long period of time. I really like the Time Trials... and they're better in Mario Kart 7 because it downloads ghosts from around the world (if SpotPass is activated).

Oh, and I've also managed to get the max. amount of lives in New Super Mario Bros. 2! It's not what you're thinking... I've also got all star coins and moon coins, so I have the 5 stars (in the save file selection screen).

Other games I really liked: basically all games of the Super Mario series for DS and Wii. :p

Retrieved from "https://mario.fandom.com/wiki/User:Blue441?oldid=114976"
Community content is available under CC-BY-SA unless otherwise noted.