Super Mario World is an animated TV series that is loosely based on the game of the same name. The cartoon chronicles the adventures of Mario, Luigi, and Princess Toadstool in Dinosaur Land. Yoshi and several new characters, such as Oogtar the Cave-Boy make an appearance as well, replacing Toad. Super Mario World was the last of DiC's Super Mario cartoons and originally aired from September 14th, 1991 to December 7th, 1991 in conjunction with the third and Final season of Captain N: The Game Master. 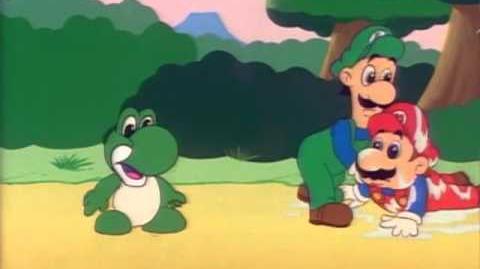