This game functions very similarly to its predecessor, along with a wide array of new features that were absent from the previous game. This includes new enemies, items, and new terrain (such as the mostly requested slopes).

This game is also most notable for bringing in the Super Mario 3D World Game Style, with several unique characters, items, settings and other features returning from that video game. However, the Game Style's gameplay is like other Game Styles, taking place in 2D unlike the original game, where it was a fully 3D platform game. 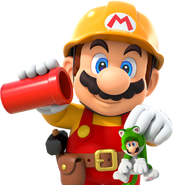 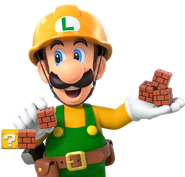 Builder Mario with a cart. 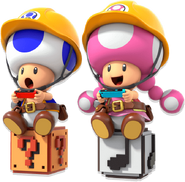 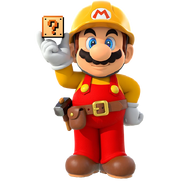 Gameplay in the New Super Mario Bros. U style. 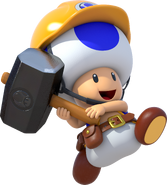 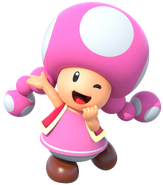