The Super Blooper (also known as the Turbo Blooper in the PAL release of Mario Kart Wii) is a kart that appears in the Mario Kart series. It resembles a Blooper, with two of its tentacles sticking out. There are also two tentacles at the back which are used for exhaust pipes. The characters' emblem is located on the sides of the kart, above the fins. Another interesting detail is that the kart's side tentacles move when the player gets a boost, and the back tentacles twist upwards when braking.

The Super Blooper debuted in Mario Kart Wii, as an unlockable kart for the medium weight class. It is unlocked after completing the Leaf Cup in first place on the 50cc engine class or playing 300 races. It has similar stats to the Dolphin Dasher, but is the only kart to be lighter than its bike counterpart.

The Expert Staff Ghost for DS Yoshi Falls (Nin★FJ) uses Yoshi in the Super Blooper, with the allotted time of 01:09.175.

The Super Blooper returns in Mario Kart Tour, where it is classified as a Super kart. Mini-Turbos last longer, and will earn more points to the player if this kart is used. It uses the Pipe Frame's tires. The tentacles and wings no longer move, and the kart no longer changes color for each character, and instead using Mario and Diddy Kong's red stripes. The game also introduces a gold variant, simply called the Gold Blooper, which just like the Super Blooper, is classified as a Super kart. 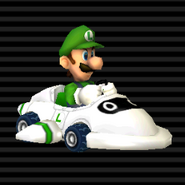 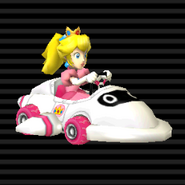 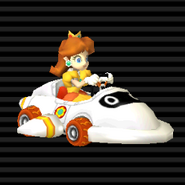 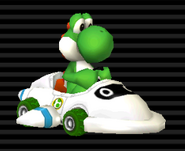 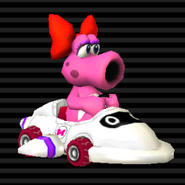 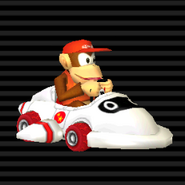 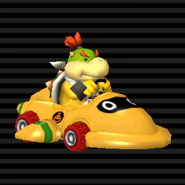