Start a Wiki
The Star World is a mystical road far above the Mushroom World, but which is linked to various locations around the world. It consists of seven stars, which each serve as a warp point.

In Super Mario World, Mario can access the Star World through secret exitways in certain levels. If he succeeds, he can use Star World and its levels as shortcuts around the Mushroom Kingdom and easily make his way to Bowser's Castle. 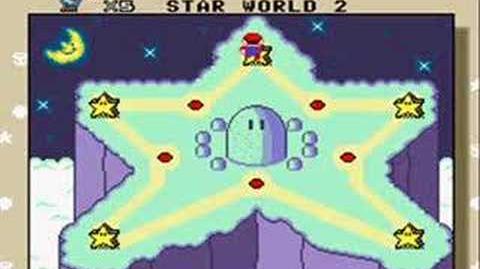 Super Mario World Secret How to Complete Star Road
Add a photo to this gallery
Retrieved from "https://mario.fandom.com/wiki/Star_World?oldid=268697"
Community content is available under CC-BY-SA unless otherwise noted.