Off the Coast of the Luncheon/Metro Kingdom Landmass.

Shiverians
Captain Toad
Fishin' Lakitu
Roving Racers (after completing the game)
Snow Cheep Cheeps
Ty-Foos
Penguins
The Snow Kingdom (雪の国 lit. Snow Country?) is a location that appears in Super Mario Odyssey. It is a vast realm in the form of a snowflake. Its most notable city is Shiveria, which serves as the kingdom's main playable area in the game.

The kingdom is notable for being primarily inhabited by Shiverians. The primary currency of the Snow Kingdom is purple Snowflake; however, they also accept regular gold coins. This location is based off of Russia, specifically the icy cold areas of Siberia. This is evidenced by the name (Shiveria), the nesting dolls on sale at the local Crazy Cap, and by the local performing the Hopak. The town of Shiveria also seems to draw inspiration from Scandinavia, as the locals here resemble harp seals in knitwear and live in wooden Scandinavian-style housing.

The Snow Kingdom is a world of ice and snow that freezes the body but dazzles the eyes. Stay alert, though—one bad step can drop you into the dangerously frigid sea. Despite the cold, the town of Shiveria is famous for its warm hospitality, and on clear days, the view can't be matched.

Shiveria is a huge excavated settlement beneath the ice. It's warmer here than up above, but you'll want to bundle up all the same.

Despite the cold, the cheerful Shiverians will thaw any traveller's frozen heart. And if you visit the center square, you'll see the fiery passion the Shiverians have for their traditional races. Take one look at the screens showing the action, and you'll be caught up in the excitement too!

THE sporting event is the Bound Bowl Grand Prix. Only Shiverians are allowed to participate, but when you watch a race, you COULD participate. Only Shiverian sturdiness could survive a race based on bounding violently through the course and crashing into one another. Be sure to see it if you get a chance!

Beyond racing, Shiverians are known for elaborate baked goods. Especially renowned is the Frost-Frosted Cake, which is very popular at weddings. By tradition, only the Shiverian Elder is allowed to make this extraordinary confection. What's more, they are specifically created as the grand prize for the Bound Bowl Grand Prix, so the only way to get one is to convince the winner to let you have it.

Lurking in the local crevasses you may find a Bitefrost. These creatures move through the ice under their prey, then thrust upward, chomping. Caution (and jumping ability) is advised.

Some Animals Brave the Cold

When the weather is clear, you might spot a few animals making the best of the cold. Be sure to keep an eye out!

There are two paintings in this kingdom. One can be accessed by capturing a Ty-Foo and taking it to where a wood piece is. With the Ty-foo, the wood piece must be blown up until it touches a snow wall. Then, Mario must un-capture it and go to the painting. It takes the player either to the Iron Cage at the Wooded Kingdom, the Island in the Sky at the Cascade Kingdom, or the Viewing Balcony in the Lake Kingdom. It can only be accessed after collecting the The Bound Bowl Grand Prix Multi Moon.

The other painting can only be accessed, by normal means, from a painting in either Bowser's Kingdom or the Mushroom Kingdom.

There is a concept art of Snow Kingdom that can be found in the Super Mario Odyssey book.[1] 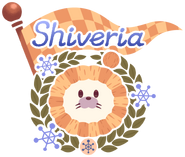