The logo of the Nintendo 3DS.

2011-present (discontinued in some countries)

Satoru Iwata, current presidents of Nintendo, announced the Nintendo 3DS at E3 2010. He announced that the 3DS would have a slider bar that would allow players to change the depth of the 3D. Along with the 3DS, Iwata announced that several top companies are already producing games specifically for the 3DS, including: Square Enix and Konami. Iwata also elaborated that the 3DS 's camera could take pictures in 3D.

The Nintendo 3DS XL (originally called Nintendo 3DS LL in Japan and iQue 3DS XL in China) is a larger model of the 3DS. Just like the Nintendo DSi XL, it has bigger screens. The 3DS XL has a battery that last longer than the original 3DS, but the speakers of 3DS XL are less loud. It is also 6.81 inches (17.3 cm) large and 6.14 inches (15.5 cm) wide.

On October 12, 2013, Nintendo released the new Nintendo 2DS which was made for the younger age group so that they can still play Nintendo 3DS games to avoid health concerns from the 3-D effects.

The New Nintendo 3DS and New Nintendo 3DS XL (originally called New Nintendo 3DS LL in Japan) are newer versions of the original 3DS and regular 3DS XL. It brings an upgrade to most games, and will allow the usage of amiibos in newer games. It also features a second circle pad above the buttons and the ZL and ZR buttons. The power button is now located at the bottom right front of the system (just below the Select button) with the stylus located just beside it. The Home button is located directly below the touch screen and the volume button is now located on the top left side of the system opposite of the 3-D button. The 3-D effects are much more enhanced from the previous systems. However, the New 3DS XL uses a micro SD card that can only be accessed by opening the system from the bottom. The New 3DS has a exclusive games such as Xenoblade Chronicles 3D and a Virtual Console of Super Nintendo Entertainment System games exclusive to the new models with no support for earlier models. Also, all the new systems do not come with a charger. 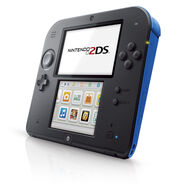 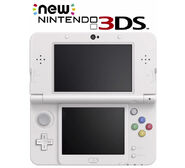 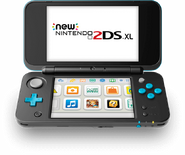