MarioWiki
Register
Don't have an account?
Sign In
Advertisement
in: Games, Stubs, Games released for the Nintendo Entertainment System,
and 3 more
English

Oh no! Bowser and his bad boys are back to a life of crime. This time, it's not Mario World -- it's your world! From his Antarctic castle, Bowser hustles his cold-blooded crew of cantankerous Koopas into his powerful Passcode Operated Remote Transport And Larceny System (PORTALS). The twisted turtles transport themselves throughout the globe, where celebrated cities suffer shocking crime waves, as turtles trash landmarks and loot ancient artifacts. With dough from his slimy sales, Bowser hoards hair dryers from the Hafta-Havit Hotline. His plot? Melt Antarctica and flood the planet! Whoa! 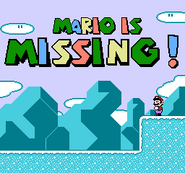 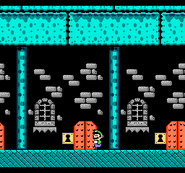 Attention MarioWiki users!: This article is too small or lacks sufficient information. Whether you are commenting or editing, we would be pleased if you help MarioWiki by expanding it.
Dansk Deutsch Español Suomi Français Italiano Nederlands Norsk Polski
Community content is available under CC-BY-SA unless otherwise noted.
Advertisement