MarioWiki
Register
Don't have an account?
Sign In
Advertisement
in: Games, Pages with section stubs, Wii Games,
and 6 more
English

Mario Sports Mix is a game for the Wii. The game consists of four sports with them being Hockey, Basketball, Dodgeball, and Volleyball. There is cooperative play for up to three players, as well as versus up to four players. The game consists of a large roster of characters which include the Final Fantasy companions as the game was developed by both Nintendo and Square Enix. The game was first released in Japan in 2010 and later in the first quarter of other countries in 2011. The game received a few good reviews, but mostly average reviews.

The moveset a player has depends on which of the sports one is playing; however, the commands used are mostly the same for all the four sports. Players can also play in an online mode in which they can use any of the game's characters available or a Mii character.

The main play mode is through tournaments. Player's team engages against others up to three rounds to earn the cup. Beating a tournament unlocks another more difficult tournament in the order Mushroom Cup, Flower Cup and Star Cup. Once beaten these tournaments can be replayed to unlock another path with different challenges, the longest and difficult path called Star Road, in which the player is required to beat several new and difficult challenges with set goals or conditions, such as each team starts with 10 coins each, among others. Beating the challenges of these paths unlocks the Square Enix characters such as the Ninja, Black Mage, etc.

After beating the Star Cup of each sport, the player is instantly taken to a boss battle against Final Fantasy series monster, Behemoth, in which players must deplete its HP to 0 by using the mechanics of all the sports. Beating the Behemoth unlocks the "Sports Mix" mode, which puts the player in another set of tournaments in which they play any of the four previous sports in each round at random and difficulty is set to Expert. When the Star Cup of this mode is beaten, the players challenge the more difficult Behemoth King. Defeating it basically ends the tournament game mode.

The very first company to review the game were Japan's all-time experts, Famitsu. The game received an overall score of 30/40, with two reviewers giving it 7/10 and two giving it 8/10. Imagine Game Network (IGN) gave the game 6.5. Jack DeVries said it was really fun and could make a good party game but one could get easily bored of it and has less to offer. Though they were a bit satisfied with the gameplay, they highly praised the graphics and animations saying it was "well done" and everything was bright and smooth. They also praised the music, calling it "fun and energetic, though kind of repetitive." Eurogamer's Keza MacDonald rated the game 7/10 and Common Sense Media gave the game 5/5 stars. GameSpot, however, gave the game a low rating of 4/10 stating that "Every sport is tedious and shallow", "Computer opponents are too easy or too cheap", "Requires very little skill", "Too much chaos in the competitions" and "None of the sports offer anything new or unique". It overall received 65.45% by GameRankings. 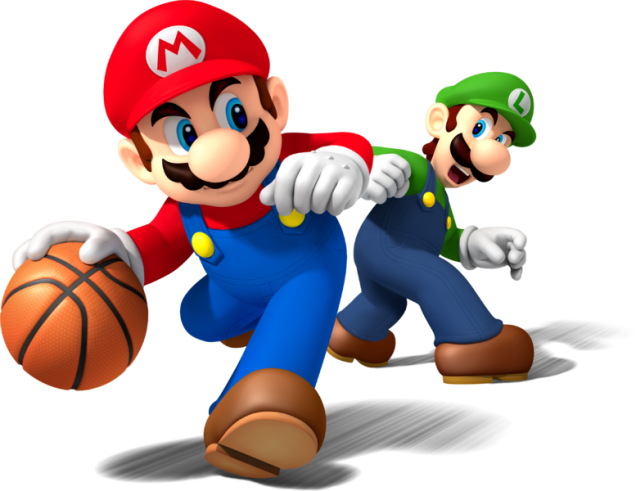 Luigi trying to take the Basketball from Mario.

Wario hitting Waluigi with a Dodgeball. 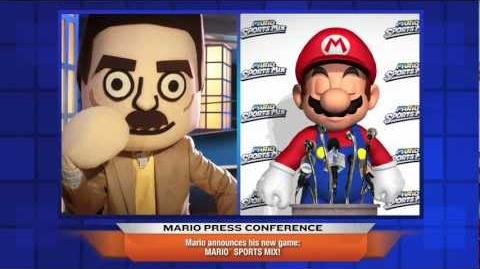