Mario Kart Wii (Japanese: マリオカートWii Mariokāto u~ī) (マリオカートWii Mario Kāto Wī) (often abbreviated to MKWii) is the sixth installment in the Mario Kart series. It was released for the Nintendo Wii and is the first and only Mario Kart installment for the Wii and also comes packaged with the Wii Wheel.

It is the first game in the Mario Kart series that lets the player drive bikes. The game allows up to four players split screen and allowed up to twelve player online matches using Nintendo Wi-Fi Connection. Included in the game is a channel for the Wii Menu called the Mario Kart Channel where a player can compare their scores with other players online. Every character has over 3,000 voices. Mario Kart Wii sold a total of 37.38 million copies worldwide, making it the 2nd best-selling video game for the Wii (right behind Wii Sports). It was also the best-selling title in the Mario Kart series, until it was beaten out by Mario Kart 8 Deluxe (with 43.35 million copies sold worldwide currently).[1]

The player can control the karts by using the Wii Wheel, a container for the Wii Remote which comes inside the game's box. By tilting the wheel, the player can steer. The

on the rear of the wheel is to use items. The game can also be controlled using the Classic Controller or the GameCube Controller.

There are 32 tracks in Mario Kart Wii. There are four sets of 'new' tracks, along with four sets of tracks that have appeared in the previous titles in the Mario Kart series. Each set contains four tracks and can be played entirely in Grand Prix mode.

A new addition to the series is motorbikes. In 100cc and 150cc, the player can participate using motorbikes. There are specific vehicles for each character. Some characters wear different costumes when driving different vehicles.

The game supports up to four players in offline multiplayer and supported up to twelve players online using Nintendo Wi-Fi Connection. Offline multiplayer includes Vs. and Battle modes, as in Mario Kart DS. In Vs. players can play against each other or in a team. In Battle Mode, the players must play in teams. It isn't possible to unlock trophies or any other awards in multiplayer mode. All characters have over 3,000 voice clips.

There are 24 playable characters in the game. 12 characters can be played from the start. An extra 12 can be unlocked through the single-player mode. The player can also play as their Mii, the first game in the series which uses this feature. Miis also have a different outfit if unlocked, the male ones having overalls like Mario and the female ones having a Peach dress, with their exclusive color.

The weight of the Mii depends on its height and weight, which can be edited through the Mii Channel. The voice clips of them also depend on the height, making big Miis having a darker voice than small ones.

All of the characters in the game have their own set of bonuses that boost certain statistics for their vehicles. Units are out of 80.

There are thirty-six total vehicles in this installment. 18 karts, 18 bikes, each divided into the 3 weight classes, making 6 available to each character, 3 are available from the start. Each has 7 stats which are shown during character selection:

There are 32 racetracks in Mario Kart Wii. Each track is part of a Grand Prix. There are eight different Grand Prix in the game, each comprising four tracks. Sixteen of these tracks are new tracks, however, the last sixteen are tracks from previous games in the series.

In addition to this, there are also ten Battle Courses, with five being new courses and five from previous titles in the series.

Items play a fundamental part in Mario Kart Wii. Items are received through item boxes, which are sparkly and have a question mark on them are usually scattered in groups throughout a course, often in a horizontal line. The item is then stored for use whenever the racer wishes (except in the case of the Thunder Cloud, which is immediately activated). Items can be split into two categories: aggressive items and strategic items. Normally, the lower the player's position in the race, the rarer and more useful items they will receive from item boxes to help balance the gameplay. 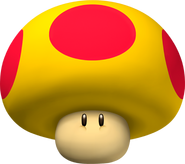 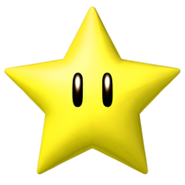 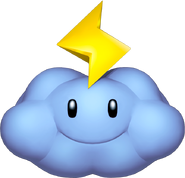 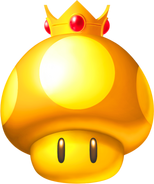 Metracritic's users rate the game 8.4/10 with many positive reviews. Most of the positive reviews comment that the gameplay is fun and reviewers commented that the online mode of Mario Kart Wii is "lag-free."[2]