This installment allows players to customize their own vehicle instead of driving default vehicles in previous games, including custom parts such as hang gliders and propellers. Thanks to this, players can drive underwater and glide in mid air.

This game had many several radical changes to make it different from previous Mario Kart games.

Players now have the option of collecting coins while racing, making a return after Mario Kart: Super Circuit. At specific points in the game, the karts will sprout either hang gliders and propellers, allowing for racing in the air and underwater. This is the first time a character can go underwater.

The game also has kart customization options, allowing players to make custom karts out of a set of pieces, but some of the pieces need to be unlocked first. The game also introduces Retro Karts (Karts returning from other Mario Kart series)

The game has the option to race in first-person view, meaning that the players can see the track up close for the first time through the character's own eyes, tilting the 3DS side to side to steer.

It is also compatible with StreetPass and SpotPass.

Like in Mario Kart Wii, certain characters receive specific boosts for stats depending on their weight class.

Mario Kart 7 introduces the feature that allows players to customize their vehicle. Before racing, players are able to choose their body, tire and glider to have their kart built. The other parts require Coins to be unlocked. The build of the kart determines how the vehicle handles in situations.

Each part can affect the statistics of the vehicle. The units of the stats are out of 6. The stats of Speed, Acceleration, Weight, Handling and Off-Road are only visible in-game. The list displays the names in North America, the European names will be displayed in parentheses under the North American names.

The parts that are not required to be unlocked are the Standard body, Bolt Buggy, Birthday Girl, Standard tires, Monster, Roller and Super Glider. To unlock the other parts players must collect a certain amount of Coins to be collected from Grand Prix mode. Once the Coin amount is reached, a random part will be unlocked. Only the gold parts and Beast Glider have a certain criteria.

Players are able to unlock other vehicle parts through the following Coin amounts.

Each course in Mario Kart 7 has two staff ghosts. One is a normal time and the other is an expert time, which is unlocked depending on the player's personal record in each course. Staff ghosts may be from Nintendo or Retro Studios.

The 3D in this game is praised by most players and critics. Things such as flower petals and bats will fly at the player in this game.[5] Another thing noticed that had never been done before was the competition the player's character's face had. For example, when Mario and Luigi get close to each other, they would stare at each other competitively and keep an eye on each other. This was something new that never had been done before in a Mario Kart game.[7] The game's frame rate is at about sixty frames per second, even in online matches, which is good (considering the fact that online gameplay in Mario Kart Wii was slower by around 30 to 40 frames per second[citation needed]).[7]

The game was an outstanding success according to its reviews. Mario Kart 7 has received worldwide critical acclaim. The first review, from Famitsu, gave the game a 37/40. They praised the Community feature, making the game more accessible and finding the opponents using StreetPass was also a positive feature. The reviewer states that it's accessible enough that even new players can enjoy it, and when you get into it, you really get into it. Computer and Video Games gave the game a 9.4/10 and Eurogamer gave it an 8/10. Nintendo World Report gave the game a 8.5, stating that it is more of the same and the gliding mechanics feel underutilized.

It currently holds an 85/100 rating on Metacritic based on 60 critic reviews. The game is currently the top on Global Charts according to VGChartz as it has currently sold 2,115,873 copies worldwide under 15 days. 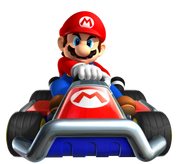 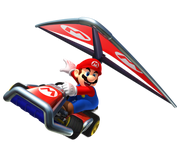 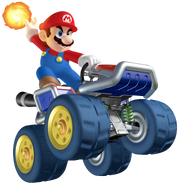 Luigi holding a lot of nuts and bolts and a wrench 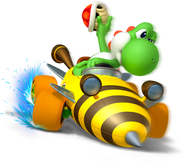 Yoshi in the Bumble V 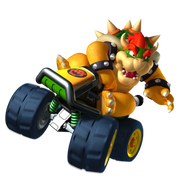 Bowser crushing a can

Mario Kart 7 Ending 1
Add a photo to this gallery

References in Other Media 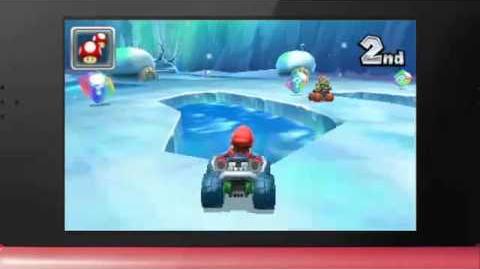 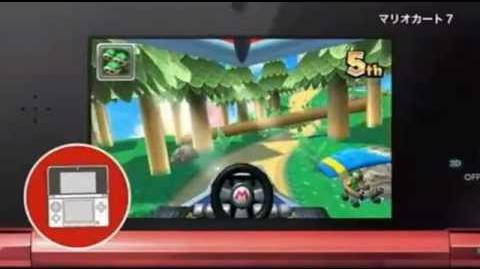 Retrieved from "https://mario.fandom.com/wiki/Mario_Kart_7?oldid=261846"
Community content is available under CC-BY-SA unless otherwise noted.