Link is the protagonist of the Legend of Zelda series. In most games, he is tasked with stopping the evil Ganon and rescuing Princess Zelda. He was created by Mario's creator, Shigeru Miyamoto.

Link's physical characteristics fluctuate from game to game, though he usually has light-colored hair (ranging from brown to blonde to orange), blue eyes, and a medium build. Other characters sometimes think of him as handsome. It is unlikely that Link's age exceeds nineteen years at any point in the series thus far. In A Link to the Past, he was depicted as having pink hair in-game, due to graphics limitations, although the artwork for the game depicts him as having auburn hair. Similarly, Link's Awakening DX and the Oracle games depicted Link's overworld sprite as having black hair, presumably for the same reason as Link's pink hair in A Link to the Past, although the in-game cutscenes and to a certain extent photos depicted him with auburn/light-colored hair, alongside his character artwork.

In many installments of the series, Link is the bearer of the Triforce of Courage. Several games mention a Triforce mark on Link's left hand, which identifies him either as a chosen hero or the holder of the Triforce of Courage. Teenage incarnations of Link have rather well-built physiques while younger versions of him are at least moderate in size. Surprisingly in Twilight Princess, Link appears to be slightly short for his age, with both Zelda and Midna (in her true form) being clearly taller than him. Interestingly, Link bears a resemblance to Peter Pan, as they are both elf-like, wear green clothing, fight with swords, and are sometimes accompanied by a Fairy. Link also fights his shadow in some games, either Dark Link or Shadow Link, just like Peter. Shigeru Miyamoto, the creator of the Legend of Zelda series, has stated that he used Peter Pan as a bit of an inspiration for Link's design in The Legend of Zelda.

According to Yoshiaki Koizumi, there were initially plans to give Link a button nose similar to that of Mario, but his wife rejected it, citing that Nintendo already gave too many funny noses to their characters and suggested a more handsome nose for a change.[1]

A peculiarity of Link, as well as other characters, is the several different incarnations of the person throughout the Legend of Zelda series. He is implied to be somewhat sleepy or lazy at first since at some point near the beginning of every game except the first two, Majora's Mask, Oracle games, Four Swords, Four Swords Adventures, Twilight Princess and Tri Force Heroes, he is sleeping or dozing off.

Since Link is not usually shown to speak, his personality is mainly determined by his actions or others' comments about him. Currently only one incarnation of Link was ever shown to speak and it was the Hero's Shade; the regretful Hero of Time.

It is shown that Link possesses basic characteristics found in a heroic character; bravery, compassion, determination, and wisdom. He would even go as to save others that were his enemies. These characteristics allow him to wield the complete Triforce without a problem.

Being dexterous, Link can quickly understand the complex mechanics behind things or figure out an opponent's weakness to use against them. This has proven invaluable in many situations, with both foes and allies alike showing surprise at his ingenuity.

Link deeply values his ties with loved ones. His care towards allies has been noted several times, and is considered by some to be one of his greatest strengths.

Link wields the Master Sword as well as many of his traditional weapons as a playable character in all five installments of the Super Smash Bros. series. In Super Smash Bros. Melee, Link was joined by Princess Zelda, Ganondorf and Young Link. 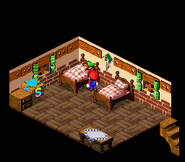 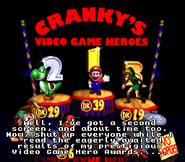 Link as he appears in Mario Kart 8. 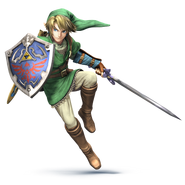 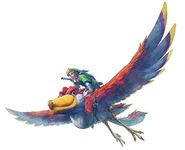 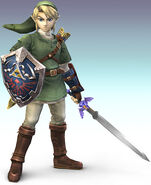 
Cite error: <ref> tags exist, but no <references/> tag was found
Retrieved from "https://mario.fandom.com/wiki/Link?oldid=264033"
Community content is available under CC-BY-SA unless otherwise noted.