View source
watch 02:59
Metroid Dread - The Loop
Do you like this video?
Play Sound

Moon Frogs
Rabbit?
Moonsnake
UFO
The Honeylune Ridge (ハニークレーター lit. Honey Crater?), also known as The New Frontier of Lunar Life. is a location in the Moon Kingdom that appears in Super Mario Odyssey. It is a vast realm on the Moon. It's the place set to hold Bowser and Princess Peach's wedding, therefore being Mario and Cappy's final destination in the main game.

The Honeylune Ridge is notable for being primarily inhabited is Unknown. The primary currency of Honeylune Ridge are purple Star Bit, however they also accept regular gold coins.

Honeylune Ridge is a located on the Moon; because of this, the gravity in the kingdom outdoors is much lighter than in previous kingdoms, enabling Mario to jump higher and farther and remain in the air for a longer period of time. Honeylune Ridge (a portmanteau of "honeymoon" and "lune") is the place set to hold Bowser and Princess Peach's wedding. It's a harsh, but livable land with a few creatures that do live there, the wedding hall was created in the honor of a Moon Goddess an a symbol of Honeylune Ridge. Weddings here are often.

After Mario and Cappy destroy the RoboBrood, sending the Broodals flying as they recover another Multi Moon. They then head off to Honeylune Ridge of the Moon Kingdom to stop the marriage between Bowser and Peach. Mario must make his way through the moon's surface with lowered gravity, to reach a hole in the Quiet Wall which will take him to the Underground Moon Caverns. There, he must make his way through the caverns' dangerous enemies and obstacles. Mario then reaches the cavern's exit, which is blocked by Madame Broode & Chain Chompikins, who challenges Mario to another battle. After defeating them, the way out of the caverns is cleared, and Mario may proceed.

They interrupt the wedding as Bowser is attempting to put the Binding Band that was previously stolen from Tostarena on Peach. Bowser then stomps the floor, revealing a trapdoor under Mario and Cappy. Cappy grabs Mario by the fingers and tries to pull him out of the trapdoor, but his hands slip, causing him to drop Mario and fall into it himself. Bowser jumps in after them and engages them in battle, but he is defeated. Mario, , the underground caverns start to crumble, causing Mario, Cappy, Princess Peach and Tiara to fall further down and blocking their way out.

In order to escape, Mario must capture an unconscious Bowser to destroy the blocks standing in the heroes' way, and escape the caverns while avoiding falling Moon Rocks and crossing crumbling paths. After destroying a large Moon Rock wall, the heroes reach a room with a large structure in the center, and four moon pillars in the corners. Mario must use Bowser's strength to destroy the base of the pillars, causing them to fall onto the structure in the middle to weaken it. After all pillars have fallen, a large Moon Rock is revealed, which must be destroyed to uncover a spark pylon.

The heroes take the spark pylon out of the cave with all of them eventually returning to the moon. Mario and Bowser then simultaneously propose to marry Peach, with Mario offering a Rocket Flower and Bowser offering a Soiree Bouquet. However, Peach rejects them both and leaves with Cappy and Tiara. Mario and Bowser get upset, but Peach then calls from the Odyssey, saying, "Let's go home!" As the ship takes off, Mario and Bowser run after it. While Mario successfully jumps on it, he stomps on Bowser, leaving Bowser stuck on the moon. 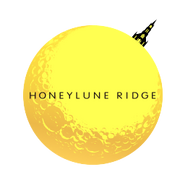