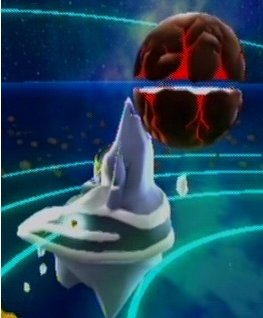 The Freezeflame Galaxy is a galaxy world in Super Mario Galaxy. The galaxy is a place of frozen water, ice, and hot magma. The Cosmic Comet and the Purple Comet orbit this galaxy. The only boss in the Freezeflame Galaxy is Baron Brr. This galaxy contains six Power Stars, with three of them regular Stars, two Comet Stars, and one hidden Power Star. The secret Star can be found at the "Frozen Peak of Barron Brr" level. Mario must grab the Ice Flower (transforming him into Ice Mario) and jump up the leaking pipes nearby. Mario must wall jump on the mountain side and grab the edge. (Note that Mario can only grab the edge once he is his regular self.) The second level in this galaxy is in the volcano-like rock near the frozen mountain.

Retrieved from "https://mario.fandom.com/wiki/Freezeflame_Galaxy?oldid=14087"
Community content is available under CC-BY-SA unless otherwise noted.