This allows Mario to use new abilities, many of which he has never previously had, and collect Power Moons which would normally be out of his reach. When capturing something, that thing will gain Mario's hat and mustache, as well as his blue irises (if it has eyes). Mario can also "de-capture" his host at will, stunning them for a while.

The following is a list of everything Mario can capture (and their known abilities), as has been evidenced so far:

The following is a list of everything that was scrapped from the game: 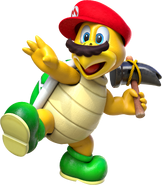 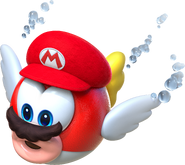 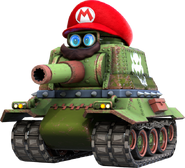 Captured Fishin' Lakitu
Add a photo to this gallery
Retrieved from "https://mario.fandom.com/wiki/Capture?oldid=294438"
Community content is available under CC-BY-SA unless otherwise noted.