"In the dream vorld, I vill be at full strength...I haff changed, Dreambert. You haff been varned.."
― Antasma, Mario & Luigi: Dream Team

Evil
Antasma was one of the two main antagonists of Mario & Luigi: Dream Team. He seeked power from the Dark Stone and vows to rule the world, alongside Bowser. He was the arch-enemy of Prince Dreambert.

Called "King of Bats", Antasma makes for his namesake with a mask that mimics bat ears, long pointy fangs and a cape that mimics a bat's wings. Mostly cloaked, Antasma has sharp claws in his hands and a skeletal body.

In his first appearance, his head has many thorns in both sides, his neck is adorned with a bat-shaped bowtie with a spiral knot and a long red tie. Underneath, instead of legs, Antasma floats with a wispy ghostly tail.

When not in these forms, Antasma is a menacing purple cloud of darkness with only his eyes visible or a small bat that looks pretty much like his disembodied head with bat wings.

Long ago, Antasma was an ordinary bat that sought power of the Dark Stone after one of his grim meals (a nightmare) mutated him into a more powerful form. Antasma managed to get the Dark Stone but knowing that he was going to use it for the evil intentions, the Pi'illo's banished him into the dream world to prevent his ascension. Just before he was banished, Antasma destroyed the Dark Stone and pieces of it landed on the Pi'illo folk and turned them into stone. Antasma then waited for years where he has the chance to return to the real world.

During the beginning, Antasma fights Mario in a tutorial battle. Mario manages to win but the blimp crashes onto Pi'illo Island. However, this turns out to be all a dream by Luigi. During the battle, Antasma is referred to as "????" due to his true identity being secret.

Antasma first officially appears where he has taken Princess Peach into the dream world. Mario has no choice but to follow him and Antasma is eventually cornered by Mario and Dreamy Luigi. Antasma then creates a clone of Mario and assists the clone in battle. However, Mario was able to defeat this doppelganger but Antasma ends up escaping into the Dream's Deep. Antasma is eventually cornered by Mario, Dreamy Luigi, and Prince Dreambert but suddenly, Bowser appears. Antasma, delighted to see such power, convinces Bowser to aid him in the fight with Mario, Dreamy Luigi, and Prince Dreambert. Bowser eventually agrees and they all get into a fight. Mario's team seems to have the upper hand, but Antasma manages to power up Bowser even more and he knocks out everyone with his fire breath. Antasma then promises that Bowser will get power after getting the Dream Stone and Bowser gracefully accepts. Antasma then escapes from the dream world with Bowser where they head to Dozing Sands to get the Dream Stone.

At Dozing Sands, Mario, Luigi, Prince Dreambert, and Starlow are all too late as Antasma and Bowser have acquired the Dream Stone. Antasma gloats on his success to Prince Dreambert, saying they will now awaken the Dream Stone at another location. This location is later revealed to be Mount Pajamaja, where Antasma and Bowser have positioned themselves at the summit. Mario and the rest managed to catch up but Antasma then takes out a boom box and starts playing strange music that makes Mario and Luigi sleepy. Prince Dreambert quickly identifies them as Dreambeats, and Antasma gloats saying how the Dreambeats will put everyone in the area to sleep. Prince Dreambert and Starlow aren't affected, but Mario and Luigi are falling asleep and Dreambert admits that he cannot defeat Bowser without Mario and Luigi (Bowser has his ears covered at the time so he isn't affected by the Dreambeats). Everyone else escapes and Antasma decides to use some of the Dream Stone's power. Antasma then decides they need a new castle and uses the Dream Stome to help create it. Bowser dubs it "Neo Bowser Castle" and he and Antasma plan their next move and surrounds the castle with a barrier.

This move was revealed to be the capturing of Princess Peach. Bowser sets Mario and the rest up while he and Antasma have her in their clutches. Although Antasma and Bowser aren't seen for a while, they know of Mario and the rest's plan to awaken The Zeekeeper by assembling the pieces of the Ultibed and even has thieves steal one of them. Once the barrier has been shattered by The Zeekeeper, Antasma and Bowser set up their next plan to impede Mario and the rest's process. This plan involved using Kamek to mess up the paths and Antasma opens a portal to the dream world which Kamek escapes to. The plan was used three times until Kamek was finally defeated. Antasma then hatches up another plan by turning himself into a pillow and using Bowser's energy to help power the castle. This plan was eventually foiled as well and Antasma and Bowser have no choice but to fight Mario and the rest. However, Bowser betrays Antasma, saying that only he could rule the world and takes off with Peach and the Dream Stone. Antasma is upset and gets into a brief brawl with Prince Dreambert before entering into the dream world. Dreambert follows Antasma into his artifcial dream and comes out, defeated, soon after. Mario follows behind and instantly fights Antasma the help of Dreamy Luigi and Dreambert. After a long battle, Antasma is eventually defeated. When Mario exits the Dream Portal, Antasma follows immediately after but screams in pain before inflating and popping like a balloon. And with that, the archenemy of Prince Dreambert was gone for good.

Antasma is fought three times. His first battle takes place on route to Pi'illo Island. The second time Mario faces him is when he faces Bowser for the first time. Antasma is fought for the last time in his artificial dream.

In his last battle, Antamsa mainly uses the Antasmunchie orbs that surround him to power himself up before using these other attacks. Antasma can eat up to 3 Antasmunchies each turn, and only does so at the start of his turn.

The Nightmare Attack can be avoided all together if Mario dodges every one of Antasma's attacks. Using Luiginary Wall and Luiginary Typhoon works wonders in this fight as it can damage Antasma and the Antasmunchine orbs. It should also be noted that Prince Dreambert will always heal Mario by 30 HP at the end of each turn.

Antasma X is the upgraded version to Antasma, who appears as the second-to-last X boss in the Battle Ring. His appearance is that his cloak and skin went from purple to blue, and has light blue eyes. His stats have also been advanced, given higher HP, POW, DEF, etc.

Names in other languages 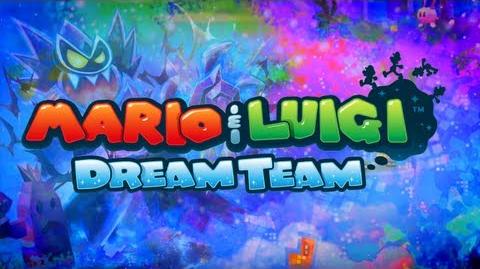 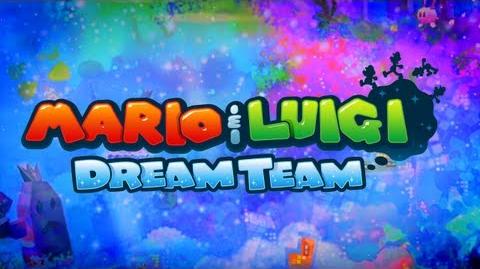