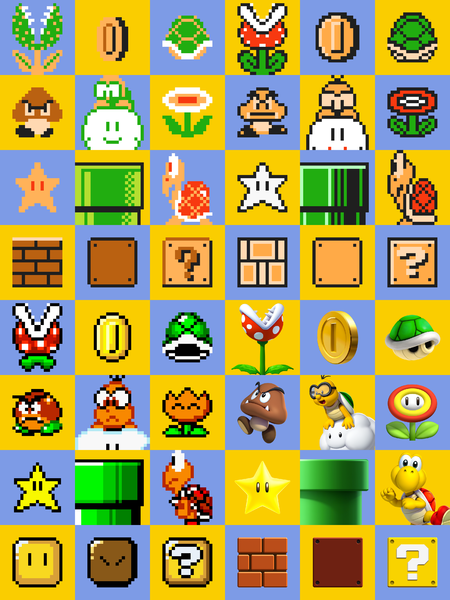 I've been trying to figure out the best way for mini games to be used on pages for the longest time, because there are a lot of little nuances concerning mini games and the types of mini games. This might be a bit long, so bear with me.

I'll take care of the big question first. The categories should be "minigames" instead of "mini-games." Considering just the uses of "minigame" and "mini-game" throughout the series, it has never been consistent. Early on in the series, it flipped between using "minigames" and "mini-games" in different occasions. For example, in Mario Party 2 during a roulette, it would refer to it as "minigame." However, in the Mini-Game Coaster in Mario Party 2, it uses "mini-game" both in its name, as well as in the text boxes in this game mode. Most of the GameCube games consistently used "mini-games" as the name, but starting in Mario Party 7, it switched over to "minigames." Its use is pretty split between all the Mario Party installments, however the pages should use what it is called in the latest game in the series calls them, which happens to be Mario Party: The Top 100. Sure enough, it calls them "minigames" throughout the entire game, the minigame roulette and all the side games all use "minigames" instead of "mini-games." If a game were to decide what the conclusive way to name the mini game articles, there's no better option than the game celebration many of these minigames.

Because of all this, I think the categories should refer to "minigames," however, on the pages themselves, their text should refer to what it is called in the game. This is because of the large inconsistencies of names for the types of minigames.

Let's take 2 random Mario Party games and look at how they refer to a 2 vs. 2 minigame. In Mario Party 2, it is called a "2 vs 2 minigame." In Mario Party 6, it is called a 2-vs.-2 mini-game. There is no consistency between the names for the types of minigames. Even looking at the latest game in the series, Mario Party: The Top 100 doesn't quite help. It decides to call them something completely different, being "2-on-2." This inconsistency between the names of the types of minigames leads me to believe that "minigames" or "mini-games" should be called what they are called in their respective games. The categories and main page about mini games should be called "Minigames" because that is what the most recent Mario Party game has called them, however. As for how the categories should be called for types of minigames? I have no idea. Personally, I like the clean look of "4-player minigames," "2 vs. 2 minigames," "1 vs. 3 minigames," etc. Mario Party 9 onward consistently calls them "Free-for-All minigames," which could be a separate category from the "4-player minigames" category, but then there's the case of Mario Party: The Top 100 calling the old 4-player minigames the Free-for-All games, so it could be overriding them and... ugh, it's so inconsistent! I'll just say that the best way of handling it is calling them what I said earlier, while having the "Free-for-All minigames" its separate category, with pages in Mario Party: The Top 100 possibly having doubling up on the Free-for-All and 4-player categories or something.

LONG STORY SHORT: It should be called "minigames" instead of "mini-games," the pages themselves should say what it is in their respective games, and I haven't the slightest clue what to do about category names. This was much longer than I was originally anticipating...

I say, the Mistake from the Paper Mario, cuz it's yummy!

Weight (A thing that character and vehicle parts can effect)

It has been confirmed to be called Yoshi's Woolly World.

Turning? (Can't think of anything else)

VVVVV (The game on nintendo eshop)

Personally, I wouldn't really be concerned about the red and green words. I usually use it to see what a person has done over times of edits.

A reply to Neon the Spelunker
0

Yes, it's from LoSS.